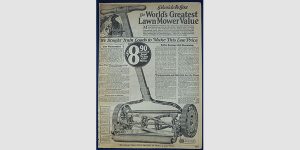 Last week I bought a slightly unusual lawnmower and it took some finding I can tell you. My search started with fruitless visits to the major DIY retailers where my enquiries were met with baffled looks and the kind of sympathetic expressions that are reserved for the mad. I tried a few specialists who did at least suggest that they might be able to get me one but at a price that implied it was made by Bentley. In the end I went online and even this wasn’t easy. eBay had plenty of vintage models requiring ‘TLC’ and / or the manufacture of parts involving the use of a lathe and Gumtree had some that looked as though they had been at the bottom of a well for a decade or more. But eventually I found what I was looking for and it arrived the following day in a surprisingly un-lawnmower sized box. END_OF_DOCUMENT_TOKEN_TO_BE_REPLACED 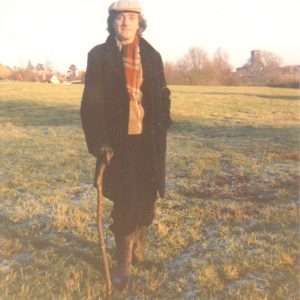 Last year I met the parents of the friend of one my step-children. He was a retired Naval Officer, she a semi-retired nurse. As we stood in the kitchen exchanging small talk over a cup of coffee I was struck how like the archetype of parents they were. Then another thought struck me; wasn’t I an archetypal parent as well? After all, give or take a year we were the same age, I had children too, we discussed the iniquity of university tuition fees, we shared concerns about our children’s future in the ‘current climate’, we worried how they would ever afford to buy a house and laughed about them looking after us in our old age. Damn! Despite of how I perceived myself I was looking into a mirror – I am not 17, I’m 57. END_OF_DOCUMENT_TOKEN_TO_BE_REPLACED 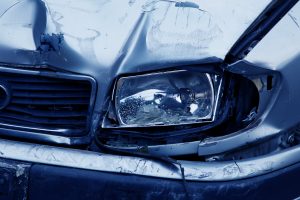 Ever found yourself feekling envious on hearing that a colleague is laid up in bed with non life-threatening illness but requiring a few weeks of bed rest? Oh, the sympathy, the flowers, the chocolates … the delicious, head-swimming thought that people will call and say ‘Don’t worry mate, we’ll take care of everything, you get yourself better …’ END_OF_DOCUMENT_TOKEN_TO_BE_REPLACED 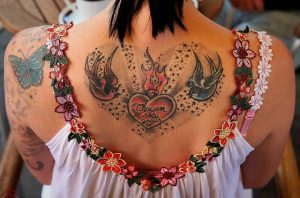 About a thousand years ago, whilst casting about for the career that, forty years later I am yet to find, I worked as a milkman in north west London. Our yard had a full cast of characters amongst whom was a young lad called Keith. Goodness knows what the intervening years have brought to Keith, let’s hope they have been ones of fulfilment and happiness, but in 1978 there were two interest and two only in his life; Iron Maiden and tattoos. The former passion found it apotheosis in Keith’s Mark II Ford Cortina which, along with sheepskin seats, vinyl roof and metallic paint was kitted out with a set of speakers that entirely obscured the view from the rear window. On starting the engine the speakers would spring into life and the windows, the ground and buildings within several yards would vibrate to the shock sound waves Messrs Harris, Murray, Smith, Dickinson, McBrain and Gers. END_OF_DOCUMENT_TOKEN_TO_BE_REPLACED