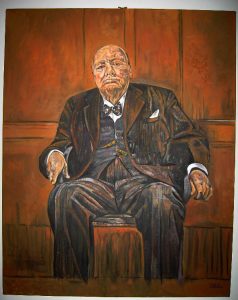 Katharine and I have come to Cannes for a few days. The season is over and we shall not be much bothered by the kind of crowd who haunt the town from June to August. There are a few Americans left as, having much money and even more time, they now cannot seem to be parted from the continent that they all worked hard to leave. I suppose, as the prodigal children, they enjoy parading their wealth to us poor souls who were left behind, even if they secretly know it all to be such vulgar hauteur. The Negresco1 is full of them and it grieves me so to see the French, normally so dignified (if not a little haughty themselves), bowing and scraping to gather tips left by farmers from Iowa and Texan cattle barons. But such is the way of things. END_OF_DOCUMENT_TOKEN_TO_BE_REPLACED

Brave is of course both subjective and relative. Subjective in as much as we perceive it internally. Someone who, for instance, fears spiders perceives themselves brave even to be in a room with one. However, whilst we accept that that they are brave to confront their inner demons, we non-spider fearing folk know, objectively, they have confronted nothing. The chances of being killed by a spider is vanishingly small.
Step onto the streets of Mosul and begin a speech in defence of gay rights is, relative to the imminent danger to your life and liberty, brave indeed.
What is brave in liberal Britain (where I live), is not about going to work every day in defiance of terrorrism; vile though these acts may be, we are as likely to be killed by them as by a spider. Brave is to overcome our irrational fears and not to allow the draconian laws, the oppressive surveillance and excessive security that erode our cherished liberties.